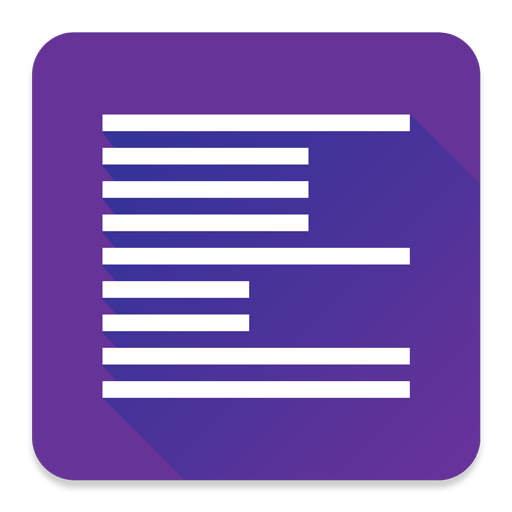 LiveBoot is a boot animation that shows you logcat and dmesg outputs on-screen as they happen. Output configuration includes logcat level, buffer and format selection; whether to show dmesg; the amount of lines that should fit on your screen, whether word-wrap should be employed, and if output should be color-coded. Additionally the background can be set to transparent to overlay the existing boot animation, which looks awesome during boot.

A feature is built-in to test your current configuration without rebooting. The lines shown in test mode may be limited and relatively static, this does not reflect exact boot time behavior as much as it just shows you that it works and how big the text will be.

Note that LiveBoot will only show up after the data partition is mounted. If you need to enter a decryption key or pattern at boot, it will not show up until you have done so.

This app does not only require root, it requires specifically SuperSU version 2.40 or newer, or a recent Magisk, due to how the boot-time code is launched. Alternatively, the app will try to function for otherwise rooted firmwares that support init.d, but this is not officially supported and it cannot be guaranteed to work.

Officially the app supports 5.0+ and newer. Regardless of version, the app may work on your device or it may not. I’ve gotten it to work on a bunch of my own devices on various firmwares, but not on all. Even if the test run functionality works, this does not necessarily mean it will actually work during boot. It usually does, but not always.

This does indeed also mean I cannot guarantee continued operation – even if it works for you today, it may fail your next firmware update. If that is an issue for you, then you should definitely not update to Pro.

The risk of bootloops is extremely low, but not completely non-existent. Should a bootloop occur, removing either the app’s APK or /system/su.d/0000liveboot through recovery should fix the problem.

Unless you are using SuperSU in system-less mode, the app writes to /system, as such your firmware must allow this. There is no recovery-based install option at this time.

There’s an in-app purchase to upgrade to Pro, which supports my developments, and unlocks the transparency option as well as logcat buffer and format selection.

Of course, if you have one of the paid variants of the old live logcat or live dmesg boot animations from all those years ago installed, this will also enable Pro mode.

Like some of my other apps these days, if you don’t have Google Play but still managed to install the APK, this will also enable Pro mode.

Last but not least, if you simply don’t want to pay for it, there’s also a button to enable Pro mode. 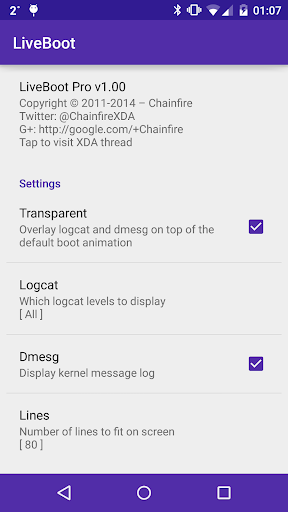 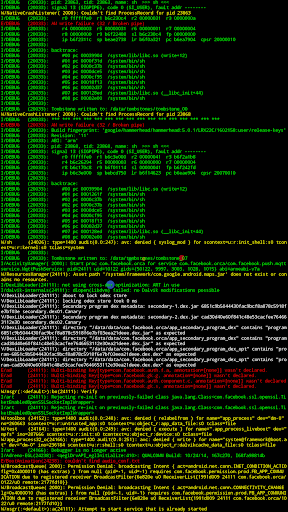