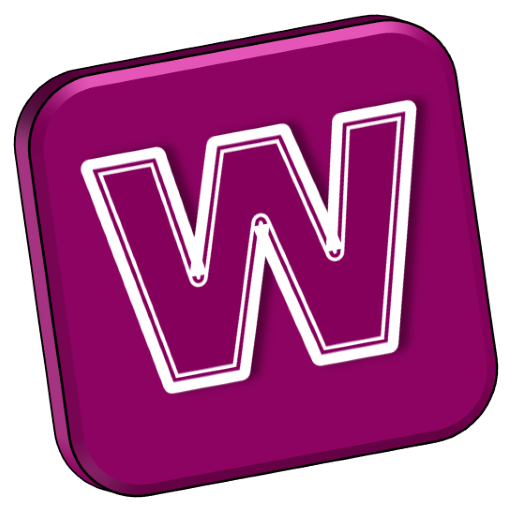 Work on the dictionary was carried out from 1962 to 1975 by the current compilers during the time they lived with the Bru people. A separate dictionary was compiled by Vương Hữu Lễ and published in 1997 and included all the words found in the Bru New Testament which was published in 1981. Around the year 2000 the current compilers began a new database using the program known as Shoebox, and this database was later migrated to Fieldworks Language Explorer in 2010.

Since that time, Bru speakers have continued to add to the database both in conversation and in sessions of committee checking the Bru Bible. Words have also been taken from a body of some seventy texts, both oral and written, contributed by Bru speakers and writers. These included folk literature, personal experiences, and stories written or told about Bru life and culture. Bru speakers have also contributed the Vietnamese and Lao glosses where these occur. Examples of use in the Bru Bible are given by reference where these occur, since these are readily available to Bru users.

It is hoped that this dictionary, albeit incomplete and still containing inaccuracies and inconsistencies, will serve both students of the language and Bru speakers themselves in documenting and developing the language. 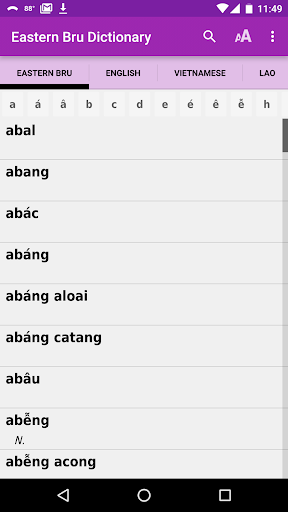 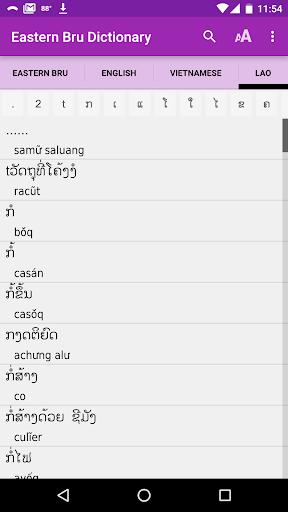