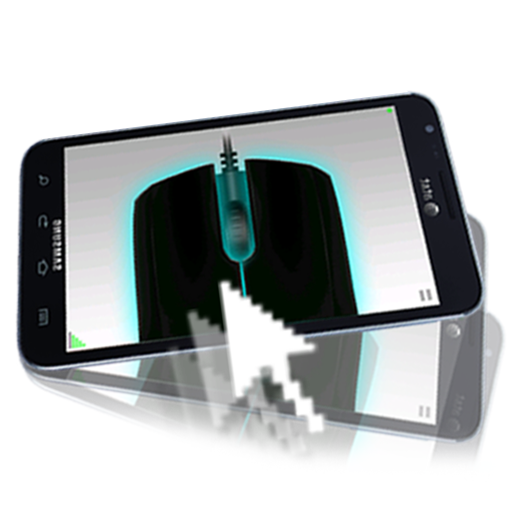 Accelerometer Mouse is a mobile application developed for the Google Android mobile platform which uses the accelerometer on the device to control a mouse pointer on a computer on the same network. Supported devices include any cellular device running Android 2.1 Eclair or higher. The application requires a WiFi network or USB Networking in order to function. The android application is a client which sends accelerometer data to a server application running on a computer, thus controlling the mouse via the tilting of the device. By tilting the phone up and down, the mouse on the screen will also translate up and down. Tilting the device side to side will also result in the mouse on the computer translating left or right. Scrolling can be achieved by putting two fingers on the white space and tilting the device up or down. Middle, left, and right buttons are utilized via touching the corresponding button on the screen. Multitouch is enabled, so more than one button can be pressed at any given time.

For more information check out https://sites.google.com/site/accelerometermouse/ 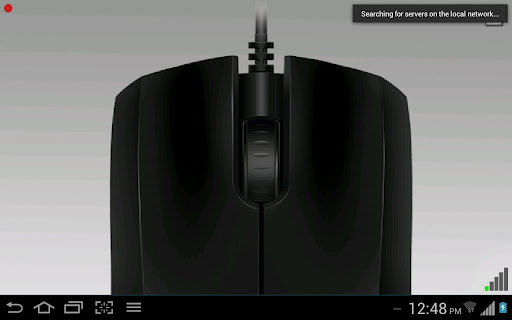 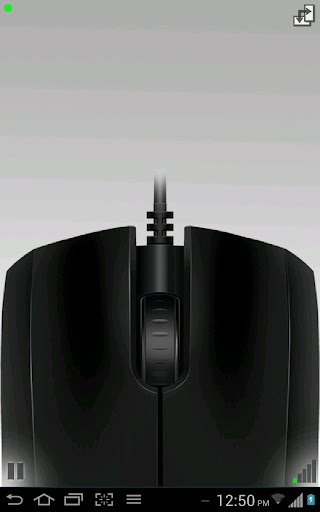