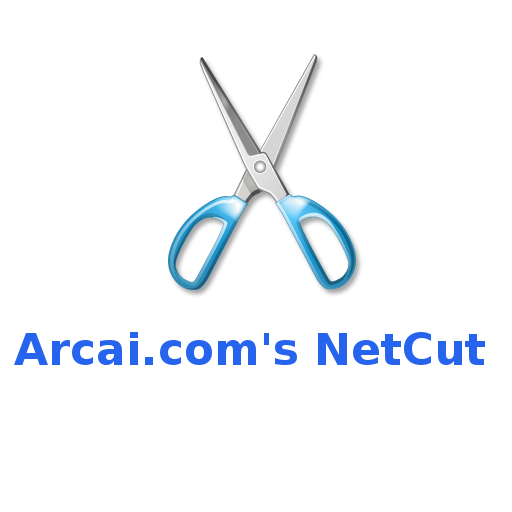 NB: For Upgrade user, please reboot your phone after upgrade. or click Exit in new version and restart. best way is to clean uninstall old version, reboot, and then install new version.

What you can do with arcai.com’s Android Netcut?
1. You can quickly detect all network user in WIFI, even when your phone has no valid IP address or not been granted use wifi internet. as long as you connected to any WIFI, arcai.com’s netcut can work.
2. Set on/off line to any network users, including phone/xbox,softphone, PS3, PS4 etc.
3, You can cut off network between two network users within LAN , by set one of the user as “gateways” , then cut off the other users, then those two users won’t beable to talk to each other, eg: apple TV, Google TV, xiaomi box , cut off the phone connection to those box, will disable screen cast like feature.
4. Netcut Defender built in. (turn on and off in one click)
5. Scan network when you feel there are users still on network and you can’t see it.
6. Check phone type, netcut will be able list type of phones.
7. Give user easy to remember name. Long press any network user, a pop up window will allow you input name for the user.
8, Detect attacker, if any one try to play arp spoof to you, you will be able to see it from netcut directly.
Fix bug:
1. Fix bug blank screen when first time running. giving advice to user to start SuperSU or root manager to grant root to netcut
Improvement:
1. Better scan time in bigger network like b Class. FAST scan will make the scan very fast. and at same time not cause network jam. 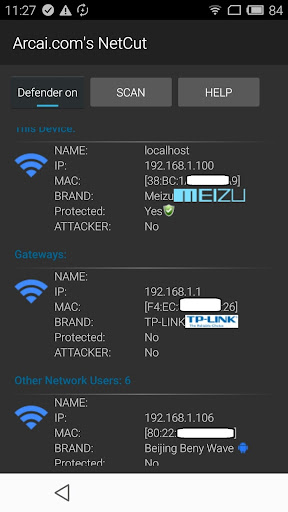 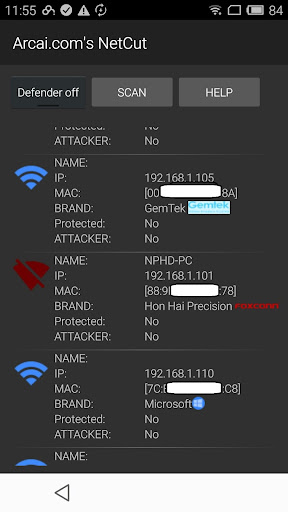