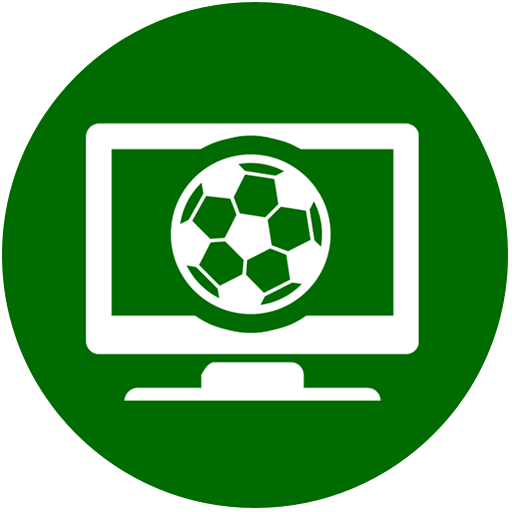 The LIVE FOOTBALL ON TV App by WherestheMatch.com is the biggest and most accurate TV Listings Guide for Live Football matches in the UK including Sky Sports, BT Sport, Eleven Sports, Premier Sports, BBC, ITV, live streams and more. As an extra bonus, we cover all of the live sporting televised events from the world of Rugby Union, Rugby League and Cricket.

* NEVER MISS ANOTHER LIVE FOOTBALL MATCH WITH OUR TV SCHEDULES *

** To show Football Listings ONLY, make sure you choose the Football Icon in the bottom right of the screen **

*** Please note that the “Live Football on TV” app DOES NOT LIVE STREAM any live matches or provide any illegal linking to pirated streams. We show details of official, live streams that are available ***

For all of you armchair football fans, our Android App gives you access to Live Football on TV Schedules from all of the main broadcasters in the UK including Sky Sports, BT Sport, Eleven Sports, BBC, ITV, ESPN, Eurosport, Premier Sports, Channel 5 and all other major TV Channels.

Keep up-to-date on all of the top 2018/19 Football Leagues, Cups & Competitions, instantly finding out when they are being broadcast live on TV across the UK and Europe including:

LIVE FOOTBALL ON TV APP FEATURES
- Browse live match schedules with access to Dates, Kick-Off Times, TV Channels and live streams.
- Create your Favourite Football Teams, Competitions and TV Channels to refine your TV Guide to what’s important to you.
- Add live games to your Calendar and set reminders before the game kicks off.
- Add live games to your “You’re Watching” Listings so you can arrange your TV viewing schedule.
- Change your Timezone to check TV schedules wherever you are in the world.
- Rotate the screen to Landscape view to get all the TV Channels included on the main interface.
- Refine to view TV Schedules for Live Football, Rugby and Cricket, or All Sports.

*The Live Football on TV App is not optimised for Tablets, but it does work, especially in Landscape view and on small tablet versions.

Download. Check. Watch.
Added support for Android 9.0 (we have had to drop support for Android 4.1 or less as a requirement for this going forward).
Added crash reporting to store release so we can try and pinpoint the outstanding bugs before we move forward to our 35+ sports update in a future release. 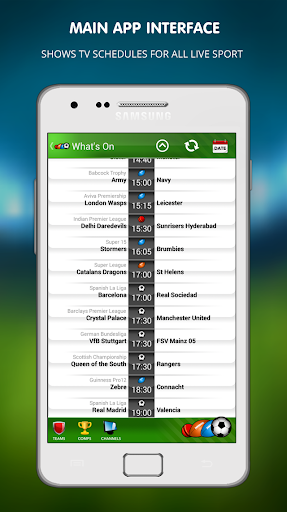 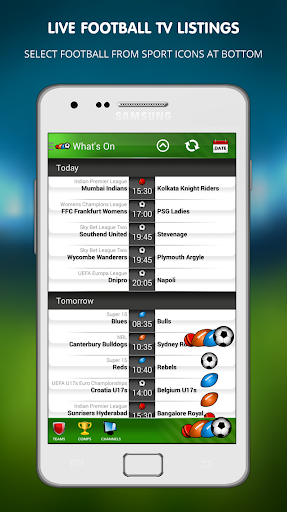