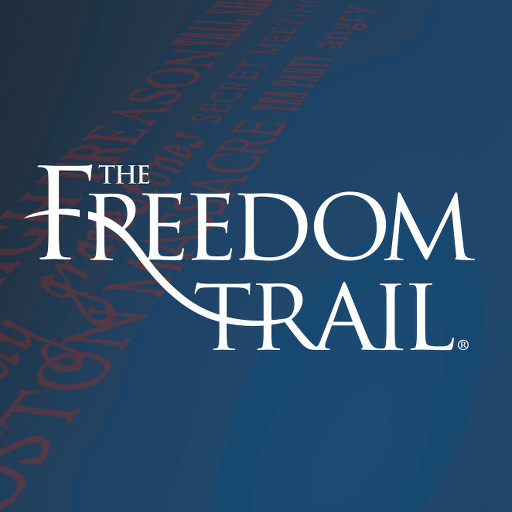 The Freedom Trail is a 2.5 mile trail in Boston marked by a red brick path that includes 16 of the most important historic sites related to the American Revolution. Along the Trailis where Otis railed against the Writs of Assistance, protests were held against taxation without representation, the Boston Massacre rocked the colonies, the glorious Battle of Bunker Hill turned the tide of war, the Boston tea party rocked the world and Washington entered the liberated Boston town. More stories of many brave people complete the historical thread. It’s American history, but not the same old story.

The Official Freedom Trail® App allows you to visit these sites one after the next to stroll as Revere and Adams did through the colonial town of Boston.

With the application as your guide, visitors can see, touch, walk past and into the actual places where brave men and women fought against strangulating economic policies, grievous British rule of law, heinous military occupation, and mortal danger. Special features of the app include:

– Detailed descriptions, facts, and stories on every historical site on the trail.
– Rich photo slideshows of every trail site.
– Maps for following the recommended Trail route, as well as finding Trail points that may be near you using your device’s built in GPS
– Additional guides to other noteworthy historical sites just off the Trail route including the Black Heritage Trail
– Information on site opening hours, ticket pricing, and other official Freedom Trail guided tours and events.

It is our honor and privilege to welcome you to the Cradle of Liberty – Boston’s Freedom Trail.
Android 3 and 4 support
Bug Fixes
Enhancements 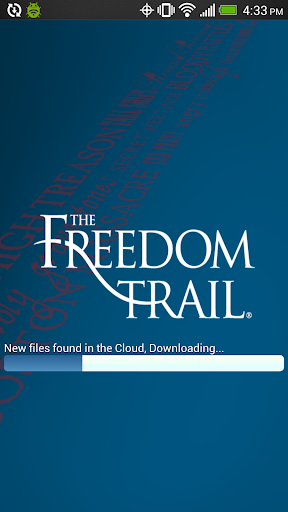 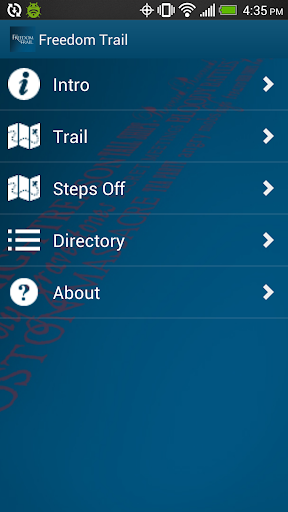