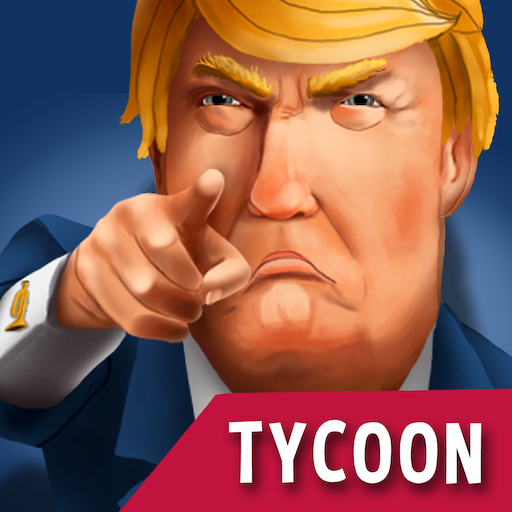 100% UNOFFICIAL, NOT ENDORSED BY DONALD TRUMP.
Donut Trumpet Tycoon game gives you the power to purchase, sell and trade digital property based on actual locations around the world! In this capitalist game strategy is key, as you must decide which properties will bring in the most money. Choose wisely and build your empire.Purchase Times Square in New York. Trade it for Eiffel Tower. It’s a capitalist game! Sell that and purchase Big Ben in London. Or buy local venues near your home, school, or office by the use of the GPS in your smart device. Whatever real world locations you acquire, you’ll have to play your top realestate game and become the best property landlord in the world! Become number #1 in investing game but watch out, it's funny and addictive.

Accelerate your empire building by purchasing upgrades for your properties! Invest in WiFi, karaoke, and VIP areas to boost your rental income. Build your empire in a capitalist game! But be careful: to avoid going broke, you must manage your portfolio so you have enough money to pay your daily property charges. It’s a capitalist game, so stay focused. Bank your cash and you’ll soon be like those famous New York realestate tycoons! Become #1 in this tycoon game! Business games like this don’t come around often. Don’t miss your chance and try one of the best time killer tycoon!

DONUT TRUMPET TYCOON GAME FEATURES:
• Purchase nearby properties and profit whenever someone checks-in
• Trade anything, from the Eiffel Tower to the Sydney Opera House in this investing game
• Build your empire in this investing game!
• Be a owner of real buildings in Donut Trumpet Tycoon game!
• Great concept with educational aspects
REAL WORLD CITIES
• Paris – Collect the Eiffel Tower or the Louvre
• Sydney – Build your empire on Opera House
• Los Angeles – buy Hollywood Sign. It’s a capitalist game!
• Dubai – life of luxury awaits for those who play investing games
MULTIPLAYER GAMES
• Online competition among tycoons for the biggest realestates is thriving ! Challenge friends and get coins
• Battle online with other tycoons worldwide and compete with them for their properties
• Build your empire by bankrupting rivals and managing money like you should in capitalist addictive game
CASH BONUSES & GPS CHECK-INS
• Money ain’t free – unless you’re Donut! Start with $50,000 in virtual cash to seed your realestate empire, like you should in capitalist game
• GPS coordinates and maps let you earn money from realestate each time of social media use
• Donut Trumpet lets you own your city! It’s a capitalist game!
Donut Trumpet Tycoons game – own everything around you in investing game! Become realestate billionaire and business tycoons you’ve always wanted to be! Play the capitalist game and build your empire! Join other tycoons, show you’re the best in investing game and become the biggest business tycoon!
Download Donut Trumpet Tycoon game and start making money!
GETTING STARTED
To provide the best user experience and enable real-time rent collection, all users need a Facebook or Foursquare account. You can sign up for one within the app, and it is completely free! So sign up to the best investing game, and you're off to become the next member of the realestate Trumpet Tycoon game economy!
SUPPORT:Trumpeter, are you having problems? Visit http://www.donuttrumpet.com or contact us in-game by going to the About Trumpet page, visiting our forum at forum.donuttrumpet.com for help from other tycoons, or emailing [email protected]
DISCLAIMER: Reference to any celebrity, artist, musician, person, product, name, trademark, service mark, or company name is for descriptive purposes only and does not constitute or imply sponsorship, endorsement, or recommendation unless explicitly stated herein.
New Update:
Ads are now working,
Trumpet Chat was disabled,
Lots of bugs fixed. 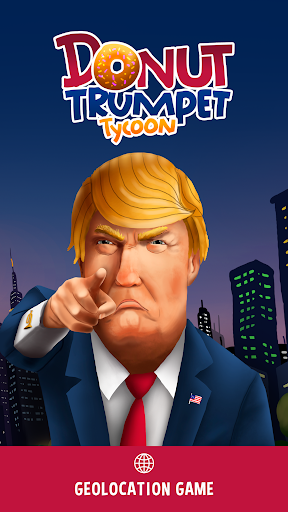 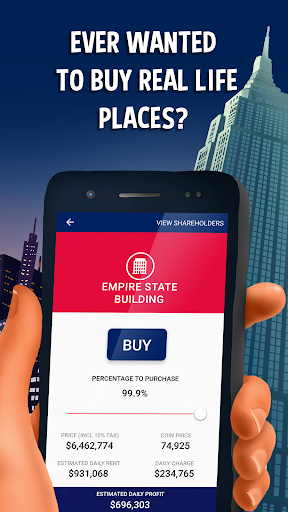