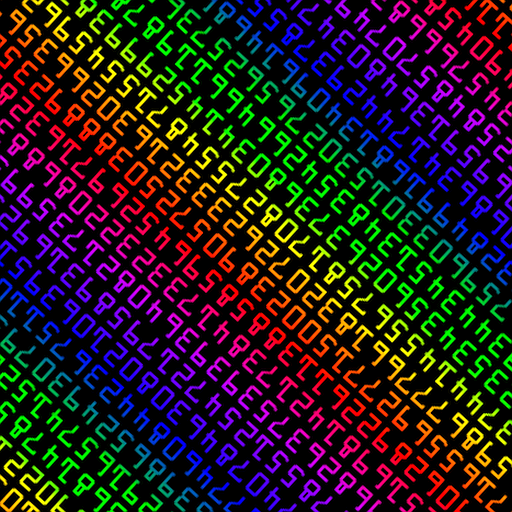 Too often in our modern lives we are reduced to mere numbers. Prices, dates, addresses, identity itself, are all compressed to the simple digits 0..9.

With numerous, I hope to release some of this compression as humor (numerous is humorous). numerous provides not just a few numbers to remember, but more than you will ever remember (unless you’re really gifted).

Operation:
★ Start using the numerous icon as with normal app
★ numerous will gradually fade in with startup “phaser” sound and take over your screen
★ Soundtrack of random sine waves is heard
★ Your screen is filled with animated random number sequences in several layers of interleaving 2d animations (up, left, right, down, spin, zoom)
★ Rainbow color effect appears
★ 3d animation of entire application frame occurs
★ Touch back button or any screen location to exit

numerous also demonstrates Android’s conventional animation capabilities. Without resorting to NDK, numerous shows how animations implemented in the Android SDK can be combined and choreographed for various effects.

numerous may also reveal performance limits of your device; though designed for use with all Android devices, some will work much more smoothly than others due to more advanced platform software, greater memory, CPU, and/or GPU capacities. YMMV!

If numerous does exhibit any technical problems or you have a suggestion, please contact me by email (below) rather than give a negative rating. I will follow up. 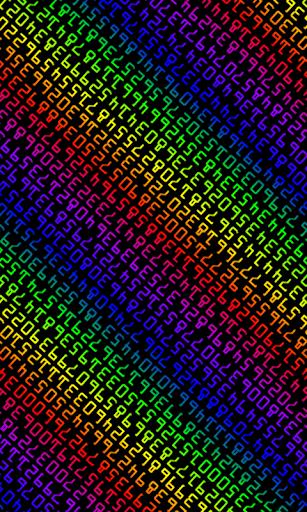 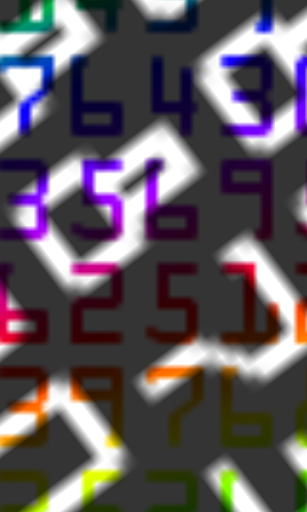