Don’t like navigating the Spotify UI just to open a playlists? This widget will solve your problem. Adds a widget that will put your playlists right onto the homescreen.

Notes
– App will fetch playlists of the spotify user who is currently logged in.
– If you are not logged in, a login prompt will be shown.
– Once placed, the widget does’t update. (Accessing spotify data might involve login prompts and such, so it’t hard to update the data in the background).
– Some low-spec phones might have trouble opening a playlist sometimes. The widget instructs to open a playlist. If that instruction doesn’t reach the spotify app for whatever reason, there’s not much I can do about it.
– Make sure you have some free space for the images and such.
– There is probably a limit on how much stuff you can have in one widget. Might not work if you add thousands.
Bug fixes. 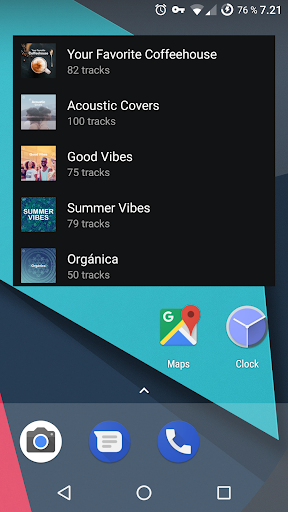 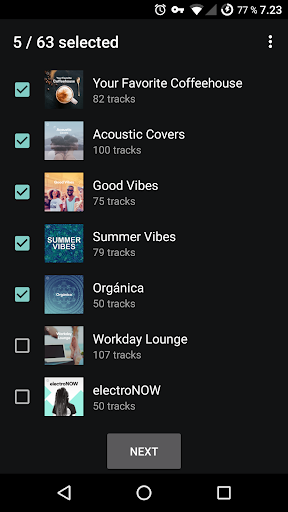 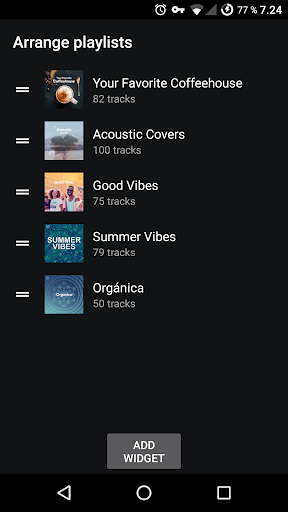