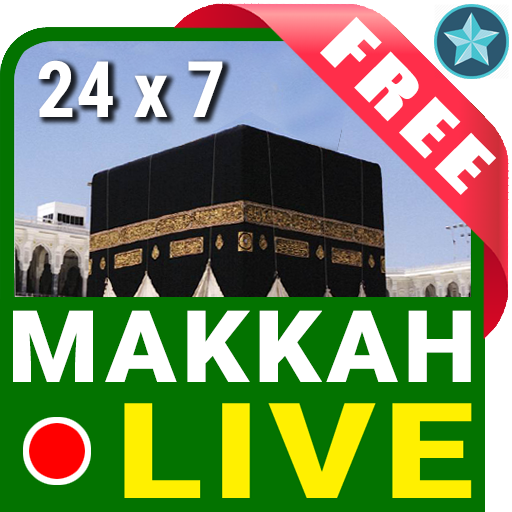 ?? With this beautiful app you can get each 5 times a day Prayer Alert of Grand Mosque of Makkah & Madinah.

✓ Once you tap to watch, you will need to wait few second to load TV Channel.

✓ If some channel does not work please go back & try some other channel because some channels become busy due to server load.

❤️ If you like this app, please write a positive review, also share this app with your friends and family. ❤️

? Dear users this application is made after a great effort and we tried to provide best quality of service, but still you find some issue or want some improvement then instead of provided low rating or negative feedback, please contact us by pressing the [email protected] email link so that we can improve it further

Mecca or Makkah (مكة‎‎) is a city in the Hejaz and the capital of Makkah province in Saudi Arabia. The city is located 70 km (43 mi) inland from Jeddah in a narrow valley at a height of 277 m (909 ft) above sea level.

As the birthplace of Muhammad(SAW) and a site of the composition of the Quran, Mecca is regarded as the holiest city in the religion of Islam and a pilgrimage to it known as the Hajj is obligatory upon all able Muslims. The Hijaz was long ruled by Muhammad’s(SAW) descendants, the sharifs, either as independent rulers or as vassals to larger empires. It was absorbed into Saudi Arabia in 1925. In its modern period, Mecca has seen tremendous expansion in size and infrastructure. Because of this, Mecca has lost many thousand-year-old buildings and archaeological sites. Today, more than 15 million Muslims visit Mecca annually, including several million during the few days of the Hajj. As a result, Mecca has become one of the most cosmopolitan and diverse cities in the Muslim world.

The Hajj, the ‘greater’ pilgrimage is performed annually in Mecca and nearby sites. During the Hajj, several million people of varying nationalities worship in unison. Every adult, healthy Muslim who has the financial and physical capacity to travel to Mecca and can make arrangements for the care of his/her dependents during the trip, must perform the Hajj at least once in a lifetime.
Umrah, the lesser pilgrimage, is not obligatory, but is recommended in the Qur’an. Often, they perform the Umrah, the lesser pilgrimage, while visiting the Masjid al-Haram.

Al-Masjid an-Nabawī (Arabic: المسجد النبوي‎), also called the Prophet’s Mosque, is a mosque established and originally built by the Islamic prophet Muhammad(SAW), situated in the city of Medina in Saudi Arabia. Al-Masjid an-Nabawi was the second mosque built in the history of Islam and is now one of the largest mosques in the world. It is the second-holiest site in Islam, after al-Masjid al-Haram in Mecca. It is open 24/7/365.

The site was originally adjacent to Muhammad’s(SAW) house; he settled there after his Hijra (emigration) to Medina in 622 CE. He shared in the heavy work of construction. The original mosque was an open-air building. The mosque also served as a community center, a court, and a religious school. There was a raised platform for the people who taught the Quran. Subsequent Islamic rulers greatly expanded and decorated it. In 1909, it became the first place in the Arabian Peninsula to be provided with electrical lights. The mosque is under the control of the Custodian of the Two Holy Mosques. The mosque is located in what was traditionally the center of Medina, with many hotels and old markets nearby. It is a major pilgrimage site. Many pilgrims who perform the Hajj go on to Medina to visit the mosque due to its connections to the life of Muhammad(SAW).
* New Layout.
* Added Adaptive Streaming Player.
* Add More Islamic Channels Section.
* Remove Unnecessary Permission.
* & Many More. 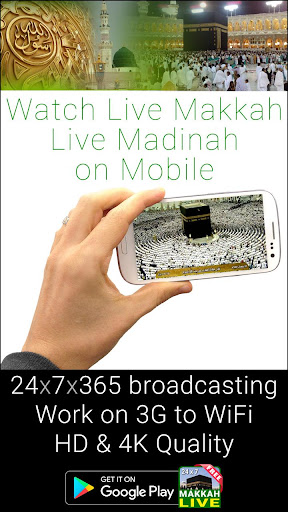 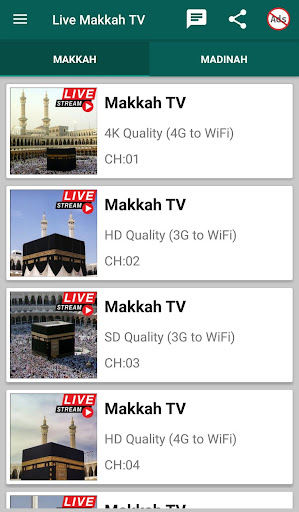