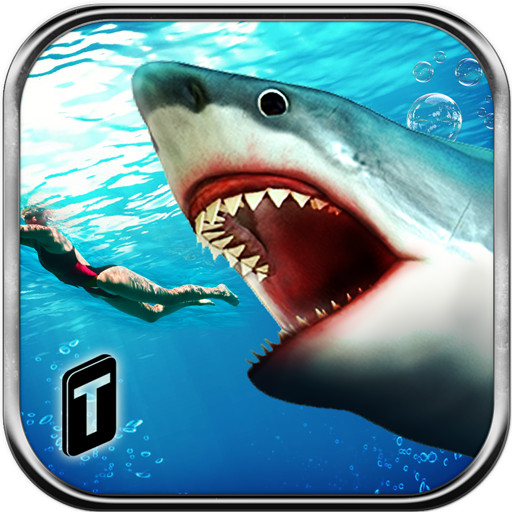 Control an Angry Great White Shark in this Action Packed Ocean Adventure.
Plays as a brutal shark and hunt to survive. Eat everything in your way and keep the killing spree going. Play this best in class 3D Shark Sim and become a ferocious hungry SHARK to kill ruthlessly and endlessly. Your mighty beast is ready to eat fish, humans and anything else in its path. Dive down to the depths of the ocean and fight with other Sharks and Killer Whales, eat some sweet dolphin and rare scuba divers to quench your hunger. Jump to the surface and scare the daylights out of innocent sunbathers, jet skiers, boaters and swimmers in these warm waters. Beware of the shooters, however, as they shoot on sight.

The shark is on a rampage! It will attack and destroy whatever gets in it’s way. Play as a furious shark and show no mercy. Chase your pray, attack and grab in your might Jaws to kill instantly. You can change the skin of your shark to reflect your mood. Smooth and easy controls allow you to control your beast effortlessly and kill easily. Keep killing and never stop chomping. 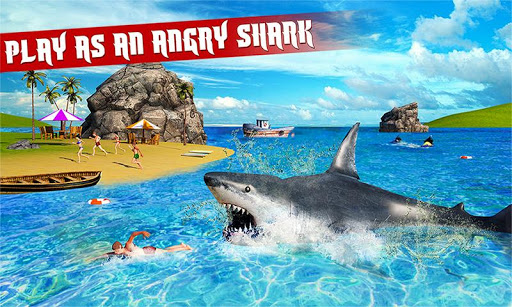 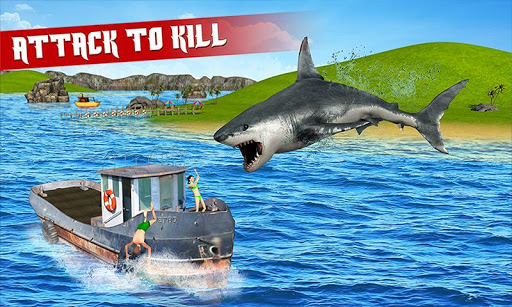